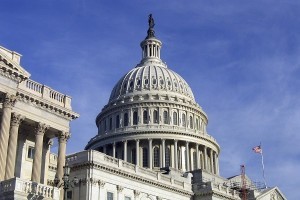 Passage of Medicare SGR reform could be a reality: Call your Members of Congress today – before the March 24 House Floor Vote!

Congress is on a fast track to beat an April 1 deadline to pass a bipartisan plan to repeal and replace the flawed Medicare sustainable growth rate (SGR). U.S. House Speaker John Boehner (R-OH) and Minority Leader Nancy Pelosi (D-CA) have negotiated a bipartisan agreement to fund the Medicare SGR payment reform legislation and they intend to hold a vote on the House floor as early as Tuesday March, 24.  House Majority Leader, Kevin McCarthy (R-CA), said that “Congress has never been closer.”  The Senate is expected to follow with a floor vote.

Last year, identical legislation was unanimously approved by the three House and Senate committees with the support of more than 750 state and national physician organizations, but failed to pass Congress because leadership in both houses could not agree on funding sources for the law. Physicians wound up with the 17th short-term SGR patch in a decade.

In addition to eliminating the flawed SGR payment formula, the bill includes the choice of two payment tracks for physicians. Track 1 is a fee-for-service program that consolidates the quality reporting programs, reinstates large bonuses (up to 12 percent) and reduces the penalties for quality programs.  Track 2 is  the Alternative Payment Model Track.  It provides 5 percent bonus payments and includes new care models like medical homes. The new payment models and quality measures are slated to be developed by physicians. The bill also includes $125 million in funding assistance to help small practices transition. Until these payment tracks are in place, physicians will receive a 0.5 percent update annually for three years.

After years of kicking the can down the road, both Boehner and Pelosi have agreed that the $120 billion phony cost to repeal the SGR does not now need to be fully “paid for.”

The bill also includes new Medicare spending (approximately $70 billion) for physician payment increases, bonuses and extenders that will be offset with corresponding funding. The funding sources include payment cuts to hospitals and others for post-acute care and premium increases for very high-income seniors for Medicare Part B and Medicare Part D (pharmacy benefits) as well as a deductible for new Medigap policies.

Some conservative groups are asking for a “NO” vote because they claim the bill will increase the deficit.  However, the Wall Street Journal, the Americans for Tax Reform and many other conservatives are joining Speaker Boehner to urge its passage.  They argue that it is fiscally responsible to repeal the SGR and enact the structural beneficiary reforms that will put Medicare on a path to solvency. The AARP has expressed concerns with the increased premiums although they will impact very few high-income seniors.  Despite these concerns, Leader Pelosi is urging her Democratic caucus to support the bill because it finally stabilizes physician payments and extends the Children’s Health Insurance Program.

That is why your support at this final hour is key. With bipartisan support from Congressional leadership for both the policy and the funding, we have never been this close. However, thousands of physicians and patients must call and email their federal Representatives and Senators as soon as possible to overcome the opposition and ensure the bill’s final passage.

Call your Representatives now! Put the SGR over the finish line!

To make a call from the American Medical Association Grassroots Hotline, dial 800 833 6354 and enter your ZIP code to be automatically connected to your representative. Give your name, specialty and practice location, and don’t forget to call back to connect to our California Senators.  Be sure to tell them you are a physician leader in the CALIFORNIA MEDICAL ASSOCIATION AND THE COUNTY MEDICAL SOCIETY.

Urge your Representative and Senators to:

The bill is fiscally responsible and does not increase the deficit.

This bill will stabilize my practice and protect access to care for my patients – seniors, the disabled and military families in our community.